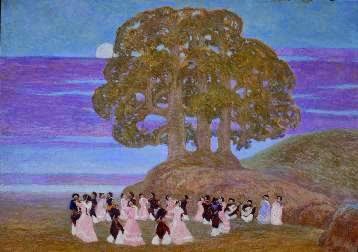 Eva Morales and colleagues [1] came to that conclusion in their study - prospective study - looking at how estimated pregnancy vitamin D levels might have impacted on teacher-assessed ADHD-like symptoms in offspring when aged between 4 and 5 years old. Based on participants involved in the INMA project looking at how various environmental issues during pregnancy and into early infancy might impact on the 'physical, social and intellectual development' of children, researchers looked at over 1600 mother-child pairs. 25-hydroxyvitamin D3 [25(OH)D3] levels were assayed for in pregnant women at 13 weeks gestation and offspring children were subsequently assessed for ADHD-like behaviours a few years later.

Not only was a correlation reported between increasing vitamin D levels during pregnancy and lower levels of ADHD-type behaviours to be reported in young children, authors also: "found an association of increasing maternal 25(OH)D3 with a lower risk of ADHD DSM-IV... and ICD-10 hyperkinetic disorder in children" albeit with statistics (confidence intervals) implying caution in the interpretation of results.

Accepting that correlation is not the same as causation and that a whole host of factors probably affect the presence of ADHD-type behaviours in children, these are interesting results. I've covered vitamin D quite a few times on this blog (see here) and how widespread the correlations seem to be between a lack of the sunshine vitamin and a whole range of diagnoses and labels. Of particular note, are the various studies looking at vitamin D and autism; specifically the findings from Fernell and colleagues [2] (covered in this post) who suggested that low vitamin D levels in the very earliest days might "act as a risk factor for ASD [autism spectrum disorder]" albeit with caveats. Yet more research has appeared in recent days with autism in mind [3].

Back to ADHD and vitamin D has also started to make something of a research appearance in recent times. Bener and Kamal [4] (covered in this post) in amongst their various data, suggested that "vitamin D deficiency was higher in ADHD children" than in controls. Other studies have suggested similar things [5]. That being said, there is still quite a bit more research to do in this area as per the rather less significant findings reported by Strøm and colleagues [6] looking at pregnancy levels of vitamin D and various "offspring neurodevelopmental outcomes." The idea that Strøm et al also assayed for pregnancy vitamin D levels over and above vitamin D levels directly in kids is comparable to the methods reported by Morales and colleagues.

ADHD like many (all?) other diagnoses currently based on behavioural observations alone is a complicated entity. The Morales results, whilst interesting, are probably not the only issue pertinent to ADHD (or do I start to pluralise that label too) as per the recent results reported by Alhraiwil et al [7] and their suggestion that: "male gender, previous psychiatric illness in the family, vitamin D deficiency, poor school performance, sleep problems, and nocturnal enuresis" might all show some effect when it comes to ADHD. I might also add that the rise and rise of evidence talking about a possible connection between physical complaints such as asthma and ADHD (see here) should also not be ignored as part of any bigger picture.

But the idea of a connection between vitamin D and ADHD is a tantalising one added to a growing nutritional element (see here). Bearing in mind my caveat about no medical or clinical advice given or intended, such an association also begs some further questions about the value of supplementation (see here)...