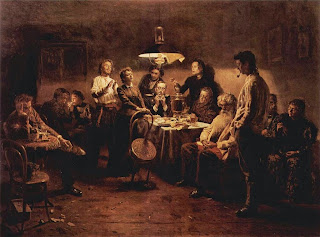 Those were some of the conclusions reported in amongst the potentially very important results from Annette Estes and colleagues [1] looking at "the sustained effects of early intervention" following previous studies [2] specifically looking at the ESDM for children with an autism spectrum disorder (ASD). ESDM by the way, is a behavioural intervention model that draws on elements of Applied Behaviour Analysis (ABA) and is based on 'a relationship-focused developmental model'.

Authors reported that when examining follow-up data for some 39 children aged 6 previously included in a trial of ESDM, those that received intervention (compared to those in receipt of 'treatment as usual') "demonstrated improved core autism symptoms and adaptive behavior." These findings were present despite no significant group differences in intellectual functioning between ESDM and COM participants. Perhaps also important were the discussions that: "The two groups received equivalent intervention hours during the original study, but the ESDM group received fewer hours during the follow-up period."

As I've hinted before on this blog, parent-led interventions when it comes to autism have historically been met with varying degrees of success when experimentally tested (see here). By saying this, I'm not trying to poo-poo such efforts; merely that discussions about how early intervention for autism is the gold standard are all well and good, but exactly what form that early intervention takes has yet to be authoritatively decided bearing in mind the pluralisation of the label (see here). In more recent times, we have seen some slightly more optimistic results appearing with specific interventions in mind, as per previous preliminary results based on very, very early implementation of something like ESDM (see here) and the use of ABA possibly linked to those 'optimal outcomers' (see here). But there is still a lot more to do in this area of research before any big promises are made.

Insofar as the idea that intensive efforts in the early years might pay more cost-effective dividends as time goes on, I'm sure that a few eyes and ears will have been grabbed [3] by such a sentiment in these times of continued austerity and resources being squeezed. As I suggested in a previous post (see here) on the idea that parent training might be superior over parent education [4] when it comes to facets of autism, such squeezes to finances/resources might not necessarily translate great experimental results into great real-world outcomes without some blue-sky thinking about how such programmes can be delivered mindful of costs. Estes et al seem to suggest that 'early and intensive' might be eventually able to give way to 'less and sustained'.

One last thing: I'm minded to take readers back to the post I wrote concerning the paper by Barnevik Olsson and colleagues [5] and the idea that 'tackling' core autism symptoms is a noble cause but that one has to be mindful of all of the other comorbidity that can follow a diagnosis and can seriously impact on behaviour and development. What perhaps I would like to see a lot more of in lots of areas of intervention with autism in mind, is how said program/tool/schedule also impacts on comorbid features and whether those variables should be the more important factors related to outcome. Sort of like what has been talked about the dietary intervention and autism in mind...