"Asthma was associated with increased risk for schizophrenia" 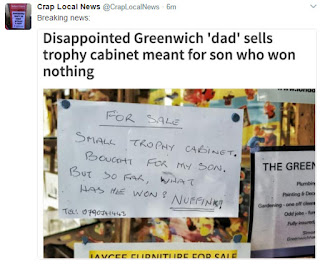 'Big data' Taiwan is once again the topic of a post on this blog as the results published by Wei-Chen Wang and colleagues [1] (open-access available here) receive an airing, specifically that: "Asthma was associated with increased risk for schizophrenia."

There are some common themes attached to these findings. Taiwan is already a research-favourite place on this blog as a result of their use of the National Health Insurance Research Database (NHIRD) for various research purposes. I can't name all the occasions I've talked about research from Taiwan based on the NHIRD but a few of them can be seen here and here. Another commonality of this latest research from Wang et al is the idea that physical illness with a substantial immune system component to it *might* show an important connection to a behavioural/psychiatric disorder. Asthma and related atopic diseases has been mentioned on a few other occasions (see here and see here). Hold those thoughts for now...

This time around Wang and colleagues "aimed to investigate the association between asthma, corticosteroid use, and schizophrenia." Comparing 'measures of schizophrenia' in some 25,000 participants diagnosed with asthma and 50,000 without asthma over 7 years, and adjusting for various potentially confounding variables - "sex, age, residence, socioeconomic status, corticosteroid use, outpatient and emergency room visit frequency, Charlson comorbidity index, and total length of hospital stays days for any disorder" - the results were interesting. Not least that "asthma was associated with significantly greater hazard ratio for incident schizophrenia." Researchers also noted that various other confounding variables also showed a relationship with schizophrenia such as rural residence, poor general health and lower economic status. "Corticosteroid use was not associated with increased risk for schizophrenia" we are also told.

Whilst interesting, the results do not say that everyone with asthma is at risk of developing schizophrenia. Not even close. The rates of schizophrenia identified in the Wang study were also quite low overall despite the large starting populations studied: "Of the total 75,069 subjects, 238 were diagnosed with schizophrenia during the study period: 100 (0.40%) of subjects were in the asthma cohort and 138 (0.28%) in the non-asthma cohort."

But, set within the context of other independent datasets [2] observing "the existence of an association between atopic disorders in general and asthma in particular and the risk of developing schizophrenia" there is cause for further investigation into any association. Not least that Wang et al describe their results in the context that: "a convergent disturbance in the immune-inflammatory system may contribute to the pathoetiology of asthma and schizophrenia." Y'know, all that talk that among the [plural] schizophrenias, one or two phenotypes might, to some quite large extent, be linked to immune function or dysfunction. Well, it's not as if we haven't got some quite reliable research clues already (see here). There may also be some subsequent discussions on the requirement for enhanced screening for something like schizophrenia as and when a diagnosis of asthma (or other atopic disease) is diagnosed as per other data (see here).

Finally, going back to the previous research occasions when asthma has been *correlated* with labels such as attention-deficit hyperactivity disorder (ADHD) and even autism, I'm wondering whether there could be wider links present when it comes to immune-related conditions and behavioural presentations. It's pretty well known that various behavioural/developmental/psychiatric labels tend to 'club together' (see here and see here for examples). There is also a growing realisation that alongside overlapping genetics and biology when it comes to such labels, the days of autism genes for example, just being genes for autism are beginning to drift off (see here); something probably relevant to conditions such as ADHD and schizophrenia too. So, could it be that immune system related conditions such as asthma and atopic disease, might have lots and lots of implications in relation to many developmental/behavioural/psychiatric labels? Even more intriguing, are there clues to possible intervention avenues too? (with no medical or clinical advice given or intended).