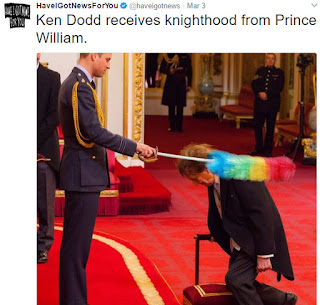 Although a few details of the study reported by Shannon Lipscomb and colleagues [1] (open-access) interested me, I was particularly taken by their use of "a silicone passive wristband sampler [worn] around his/her wrist or ankle" to "assess the child’s exposure to flame retardants" as part of their investigation "to determine if flame retardant exposure was associated with measurable differences in social behaviors among children ages 3–5 years."

I've covered the topic of potential adverse effects associated with exposure to flame retardants such as brominated diphenyl ethers (BDE) before on this blog (see here and see here for examples). Such compounds are listed as POPs (persistent organic pollutants) because of their ability to endure in the environment, accumulate in the body and potentially [adversely] affect various biological systems. In other words, these are compounds that might well have served an important purpose at one time - flame retardants - but are now realised to have quite a risk profile attached to them. Sounds familiar doesn't it?

Anyhow, Lipscomb et al relied on other research [2] suggesting that various compounds/chemicals can be sequestered from silicone wristbands - those plastic things that many people wear for various causes - with the right equipment and under the right circumstances. To any analytical chemist, this is probably scientific music to their ears. They "extracted and analyzed for 41 different flame retardant compounds using gas chromatography mass spectrophotometry" and focused on 11 compounds "PBDE-47, PBDE-99, PBDE-153, PBDE-154, PBDE-49, PBDE28 + 33, tris(1,3-dichloro-2-propyl) phosphate], TPP [e.g. triphenylphosphate], TCPP [e.g tris(1-chloro-2-propyl) phosphate], and TCEP [e.g. tris(2-chloroethyl) phosphate" that were quite readily present in 60% or more of wristbands. For some of the compounds the authors generated a 'sum of' score; for example: "ƩPBDEs is the total amount of PBDE-47, PBDE-99, PBDE-153, PBDE-154, PBDE-49, and PBDE28." Social behaviours by the way, were scored by teachers in the preschool setting of participants using the Social Skills Improvement System - Rating Scales.

Results: 92 children were initially recruited onto the study but only 77 children returned their wristbands intact (i.e. some of them 'went through the laundry'). Further: "a final sample size of 69 children with complete data... were included in the final analyses." Then: "Bivariate analysis revealed modest correlations between flame retardant exposure and some of the social behavior subscales." What this suggests is that there may be some evidence that such compounds (including organophosphate-based flame retardants (OPFRs)) might impact on aspects of social skills development but there are constraints based on the sample size used and the reliance on one primary measure of social skills for examples.

As per the previous sentence, I'm not totally convinced by this data but am still really interested in the use of wristband samplers described by Lipscomb and colleagues. I can see how this kind of objective measure of exposure could really add another dimension to lots of different areas of research on environmental exposures in relation to various labels. Take for example the quite complicated area of research talking about maternal air pollution exposure and offspring autism risk (see here). Instead of just relying on postcode (zip code) in relation to mapping (estimating) pollution exposure, one could potentially adapt the chemical assay to screen for particulate matter for example, as collected on those wristbands. Certainly an easier way than lugging around a portable air monitor I would have thought. No doubt there are also other uses for such simple solutions...

Music: Europe - The Final Countdown. 80s rock hairstyles at their best and perhaps an apt song given what happened here in Blighty yesterday...