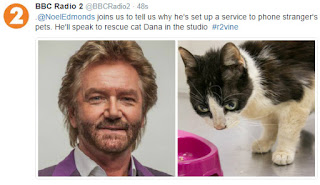 "Hypertension in pregnancy was associated with ASD [autism spectrum disorder] in this population even after controlling for known confounders."

So said the findings reported by Eileen Curran and colleagues [1] who, once again (see here), relied on "data from the Millennium Cohort Study" to produce some potentially important information about how adverse pregnancy conditions may/may not impact on offspring behaviour and development.

Hypertension (a.k.a high blood pressure) during pregnancy is something to watch out for given the association with another condition: pre-eclampsia; something else that has been linked with various outcomes to offspring including autism as one possibility (see here). I might also point out that the evidence looking at pre-eclampsia and offspring autism risk is not however exactly all one-way traffic [2].

OK one needs to be a little careful with the Curran findings given that: "Mothers were asked if they experienced any illnesses during pregnancy for which they needed medical attention" where hypertension in pregnancy - "HIP" -  was one of the options. This alongside the fact that "ASD was parent-reported based on a diagnosis by a doctor or health care professional." It's not that science should disbelieve parental report (indeed, quite the contrary) but rather that when it comes to medical diagnoses such as HIP, access to medical records where facts are recorded rather than retrospectively recalled is always going to be more authoritative.

Anyhow, from the 13,000+ people who "responded to the question on health during pregnancy and ASD" researchers reported that there did seem to be something more to see when it came to the connection between HIP and autism. Such a relationship held over various different statistical models (adjusted - unadjusted, maternal age, etc.) Given also the effect of HIP on placental functions in particular, the authors suggest that their results "raises the possibility of using clinical data regarding the clinical course of pregnancy and the molecular characteristics of the placenta at birth to predict a child risk of future ASD." Big words, I'm sure you'll agree.

So, here we are again talking about 'the maternal body as environment' with autism in mind (see here). Here we are again talking about 'risk factors' for autism and particularly those linked into the nine months that made us. I know from some comments about some of my previous posts (this one for example) there is a degree of 'so what?' when it comes to this type of research and indeed, subtle shades of brow furrowing that such work is seemingly being done at all. I agree that autism research needs to broaden it's horizons quite a bit to focus more on what matters to people on the autism spectrum but I also see the value in this type of approach focused on pregnancy and even before. I say this on the basis that clues to some of the underlying biology of at least some autism may one day be gleaned from such data (indeed, some might argue it already has) and could potentially (somehow) translate into interventions supporting more traditional ones. Obviously one also needs to also bear in mind that not all autism is necessarily 'programmed' during pregnancy or before (see here).

Finally, the question of how HIP or other related pregnancy factors might impact on offspring behaviour and development still needs answering. Yes, there is the concept of 'inflammation' creeping into this question [3], made all the more plausible by the fact that mothers body has to alter during pregnancy to accommodate that foreign body known as a foetus together with its placenta. Combined with the already known about idea that HIP can seemingly impact on the flow of nutrients through the placenta (made all the more convincing as a consequence of findings linking the inter-pregnancy interval to autism) and there are a few research avenues potentially ripe for further investigation.