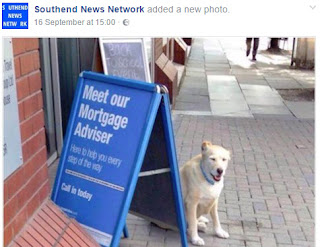 The quote: "a low prevalence of definite pathology in children with autism spectrum disorder undergoing brain MRI [magnetic resonance imaging]" heading up today's post is taken from the paper by Alison Cooper and colleagues [1] who among other things, examined whether MRI picked up anything 'useful' when it came to autism / autism spectrum disorder (ASD) in their cohort. MRI, by the way, refers to the fantastic imaging technology that provides those rather detailed pictures of our inner body workings including that related to the brain.

The main caveat to the observation that MRI probably isn't going to reveal any sort of autism-specific 'structural brain signature' anytime soon is that comorbidity (whether symptoms or conditions) might count: "In children with abnormal neurologic examination or preexisting finding, seizures, or headaches, one may consider performing brain MRI given the higher prevalence of pathology." This is probably not unexpected given the 'effects' that epilepsy can sometimes have on brain structure for example and how epilepsy is not an unstrange diagnostic bedfellow when it comes to quite a proportion of cases of autism (see here).

I don't want to dwell too much on the Cooper findings but rather set them in the context of other research where brain imaging technologies have been talked about with autism in mind. Specifically, I want to mention an important point about how using the label 'autism' to somehow denote some grand homogeneous presentation covering everyone impacts imaging research and practice just as much as it does every other research/clinical aspect of autism: use of the term 'autism' is not a good starting point (see here). The idea that 'functioning' in autism (I know, not a good descriptive term but the only one we have at the moment) might impact brain MRI findings for example, has been discussed on this blog before suggesting that those with so-called high-functioning autism tend to show little in terms of MRI results (see here) whilst those towards the more severe end of the autism spectrum may tend to more frequently show a little more (see here). You might argue that epilepsy for example, is more likely to follow those towards the more severe end of the autism spectrum (who are also significantly more likely to present with learning/intellectual disability) and this could potentially play a role in the pathology detected. One might also see this as yet more evidence for the plurality of autism (see here).

Although not a 'brain man' and hence no expert on brain imaging, I should also bring in the distinction between MRI and fMRI [functional] and how these might relate to autism. fMRI is basically a type of scan that can be performed using an MRI scanner to assess something other than just brain structure - normally blood flow (or at least blood oxygen content). The idea is that changes in blood flow/constitution may indicate changes in brain activity; something which is linked to all that chatter about brain functional connectivity. fMRI is something that is on the 'up' when it comes to autism research and other areas, the idea being that more subtle pathology could be present when it comes to function over structure at least for some on the autism spectrum perhaps mirroring the whole gene expression/function over structural genetics trend that we are also seeing in autism research and beyond.

Personally, I'm still a little cautious about this whole area and the need to avoid sweeping generalisations about how over- or under-connectivity in this brain area or that might be autism-specific. I don't doubt that MRI and fMRI are going to be useful diagnostic tools for some (indeed, useful to rule out identified organic findings that could be contributory to some autism) but I'm not convinced that many generalisable answers are going to be forthcoming very quickly.

To close, and remaining on the topic of brain imaging, a rather concise view of the recent ups-and-downs of fMRI including the words "I need a full length Atlantic Salmon. For science." Stat.