Humour training for autism - is it needed and is it useful? 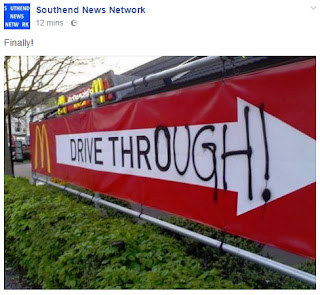 Can we and should we formally 'teach' humour to people diagnosed on the autism spectrum? Indeed, do we actually need to?

Yes said the results of the study published by Ching-Lin Wu and colleagues [1] although I personally am not so impressed.

Discussing how their results "supported the effectiveness of the 15-hour training" regime, Wu et al report that for a small group of adolescents diagnosed with an autism spectrum disorder (ASD) "and average intelligence" moves to implement "a humor-knowledge and humor-skill training workshop" seemed to impact on responses to a questionnaire covering joke appreciation and comprehension. They conclude by saying that "the appreciation of humor can be learned." This is not the first time that this group have looked at humour with autism in mind [2].

I don't disagree with the idea that humour is at least in part, a learned concept. How else does one come to appreciate the blunders of Alan Partridge ('raining cows') or the delivery of the Two Ronnies ('folk handles or four candles')? But the suggestion that humour needs to be specifically taught to those on the autism spectrum makes a number of sweeping assumptions.

First, it assumes that humour is 'missing' or somehow 'incomplete' when it comes to autism, all autism. As per historical sweeping generalisations on the now 'not typically discussed' issue of Theory of Mind (ToM), the 'mentalising' issues are for example, assumed to curb aspects of understanding behaviour including humour. As we've come to recognise however, issues with ToM are not universally present in autism and indeed, may not be specifically linked to the word 'autism' at all (see here). Insofar as the notion of 'missing humour' when it comes to autism, both peer-reviewed science [2] and quite a lot of anecdote suggest that this may not be typical. Indeed, even those who are quite profoundly autistic and with varying degrees of related learning disability, are not devoid of humour or an appreciation of humour (or mischief!).

Second, can you teach humour? This is a rather nebulous question because humour comes in many different forms. Yes, you can teach someone about the use of words and how words can be humorous ('velcro: what a rip off'), you can even teach someone how to appreciate a particular joke or set of jokes. But can you actual teach someone to think/believe that something is humorous or not or is this just some sort of artificial learned response? I always thought humour was something fairly individual; one person's humour is another person's 'not so funny'. The added question of how one goes about measuring a person's 'humour rating' is something else that I might throw in the mix in these days of evidence-based practice (something that I doubt is going to measured just by a questionnaire).

As you can see, I'm not overly impressed with the ideas that humour is missing or needs to be taught when it comes to autism. I'm not adverse the idea that teaching/training can help with some aspects of humour when it comes to language for example, but I'd like to think there are much easier and more 'natural' ways of picking up humour as per the focus on friendships and peer group involvement when it comes to autism. Indeed, in the age of the internet where humour/comedy is just a click away, the idea of spending 15 hours in 'humour-skill training' would probably be better spent scouring the internet comedy vaults for something a little more specific to the wants and wishes of that person...

To close, I've already linked to one of my favourite comedians, Tim Vine, but here is a little more...

[2] Wu C-L. et al. Do individuals with autism lack a sense of humor? A study of humor comprehension, appreciation, and styles among high school students with autism. Research in Autism Spectrum Disorders. 2014; 8: 1386-1393.