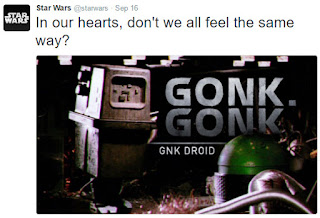 Having recently mentioned the BBC headline that makes up the title of this entry in a related post (see here) I'm pleased to be finally able to bring the paper by Daniel Mackay and colleagues [1] (open-access) to your attention.

Observing that in Scotland at least, "that season of conception is strikingly associated with the subsequent risk of special educational needs in the offspring" there are various potential implications to come from such data covering both learning (intellectual) disability and also the autism spectrum.

So, take over 800,000 school children who attended a school in Scotland between 2006 and 2011 and whose data could be linked to maternity records (again, held in Scotland). Examine date of conception as per the formula "date of delivery minus gestational age at delivery plus 2 weeks" and plot "monthly incidence rates of children with special educational needs... by month of conception." Include "special educational needs attributed to intellectual disabilities, dyslexia, other specific learning difficulties, visual impairment, hearing impairment, deafness and blindness individually combined, physical or motor impairments, language or speech disorder, ASD [autism spectrum disorder], and social, emotional, and behavioral difficulties" for a more detailed breakdown of how month of conception might be linked to said labels.

Results: well, I've already mentioned about the 'striking association' that was made between season of conception for starters. The trends across various labels covered under special educational needs (SEN) were remarkably consistent where conception in quarter 1 (January–March) seemed to show a peak in terms of incidence compared with those conceived in quarter 3 (July–September). Even when researchers re-ran the data taking into account only children who were born at 40 weeks gestation (n=246,594), they got pretty much the same results coming back; "suggestive of an environmental exposure that occurs at a critical developmental stage before labor and delivery rather than secondary to seasonal variation in the gestational age at delivery."

So what might account for the possible link between winter conception and the presence of various labels headed under SEN? Well, it's not beyond the realms of possibility that winter, the season of coughs, colds and sneezes might imply some infective agent as potentially exerting an effect. There is a pretty sizeable volume of peer-reviewed literature suggesting that something like maternal influenza might influence offspring behaviour and development [2]. This line of research is all the more convincing given the continued drive to look at the [reprogrammed] maternal immune system during pregnancy and what effects infection might have on it. The maternal pregnancy body as 'environment' eh?

The authors also discuss another potentially equally important factor as also being something to look at: vitamin D. So: "In our study, the incidence of special educational needs peaked among children conceived in February whose mothers would have experienced low levels of ultraviolet B radiation and therefore produced low levels of vitamin D in early pregnancy and experienced higher levels in late pregnancy." Regular readers are probably pretty sick and tired of me going on (and on) about how vitamin D is potentially linked to so much more that just bone health. I was really happy to see that UK Government policy is starting to change when it comes to the 'sunshine' vitamin/hormone (see here) as it's importance is at last being recognised. Bearing in mind that because of their location, the people of Scotland are not exactly blessed with loads of solar radiation conducive to the synthesis of lots of year-round vitamin D, one can see how this stuff might be an important feature of the relationship observed by Mackay et al. But, as per recent headlines, one needs to be a little cautious when it comes to ideas about supplementation...

More research is however implied given that there could be other important factors potentially also at work, although I'd be minded to suggest we already have two important variables with infection and vitamin D.

To close, the UK Office of National Statistics (ONS) has some interesting data on how popular your birthday might be. Mine is rather less popular...