Walking as an intervention for good psychological health: number of steps or just enjoyment? 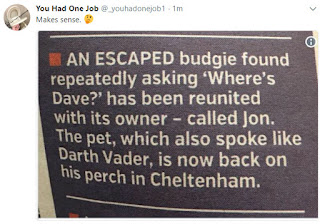 I'm once again returning to the topic of walking for health on this blog (see here) and some rather intriguing findings reported by Karen Hallam and colleagues [1] suggesting that adoption of a 100-day 10,000 steps a day program might have some bearing on aspects of mental and psychological health and wellbeing. But there's a bit of a twist...

The activity program in question was something called Stepathlon which, from what I gather, is a corporate initiative to promote health and fitness among employees. I might add that some employees in some occupations probably don't need such initiatives (see here). Various steps (pardon the pun!) are listed on the Stepathlon website including 'forming a team of 5 with your colleagues', getting yourself a pedometer or other fitness tracker that measures steps and then uploading your daily data on to their platform where it is compared with other groups across the world.

Hallam et al report results for nearly 2000 participants based on 'de-identified' data; also including participant reports based on the completion of the "short form of the Depression, Anxiety Stress Scales (DASS)" and the "Warwick-Edinburgh Mental Wellbeing Scale (WEMWBS)." The various strands of data were analysed, correlated and the like.

Results: "The results of this study highlight some psychological and wellbeing benefits of being engaged in work based 10,000 step programs." The authors talk about observing a nearly 9% reduction in stress levels, 8% reduction in 'signs of depression' and a 5% reduction in anxiety when comparing pre-program with post-program data. They add: "This reinforces the benefits of this type of exercise regimen as playing a small yet significant role in improving mental as well as physical health."

Things were not however completely straight-forward as the authors also talk about a "lack of a dose response" in terms of the number of steps completed and those psychological health and well being parameters being assessed. This could denote a few things: (a) participation in a program that encourages walking - walking in a group setting - may be beneficial irrespective of the number of steps that are actually taken, and/or (b) the wide variability in the number of daily steps taken over the course of the program - remember it lasted 100 days - scuppers any chance of getting meaningful correlation data between walking and psychological health. Indeed on that last point, authors mention that future work should really take into account things like the self-report nature of uploading daily activity levels and also the fact that within the sample there were "clearly individuals who were more active before commencing the program" and for whom such an intervention might not be all that effective given their already raised starting activity levels.

Still, I do think that this is a good piece of research that should encourage further investigation. Aside from the significant physical health benefits associated with getting more active, I'd also like to think that such a program could be further adapted for various groups, particularly when things like stress, depression and anxiety are considered a part of the clinical picture. Autism springs to mind as one such avenue for further study, based on various evidence [2] including result similarly using the DASS-21 tool. Indeed, on another blogging occasion where I critically discussed the suggestion that "
autism acceptance could contribute to mental health in autism" (see here) again based on DASS scores, I wonder if a group walking 'intervention' (although I'm not so sure about medicalising such an activity) could also be the topic of more study too, added to other research?

And finally... bearing in mind that exercise might have some nootropic value for some (see here and see this recent study [3]), it seems that much of the chatter about sitting around video game playing fostering "a broad range of cognitive abilities such as visual processing, attention, spatial ability, and cognitive control" is not readily supported by the current peer-reviewed evidence...