Another double-blind, placebo-controlled trial of vitamin D in autism. But... 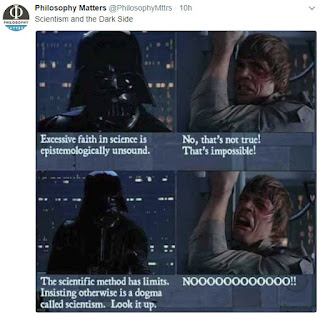 The findings reported by Conor Kerley and colleagues [1] continue a theme in autism research circles of 'one study reporting one thing, and another study reporting something different'.

The name of the research game this time around was vitamin D supplementation in relation to autism spectrum disorder (ASD) and yet another gold-standard double-blind, placebo-controlled trial of the sunshine vitamin/hormone to look-see what happens to autistic signs and symptoms following supplementation. This continues on from a previous trial - again with gold-standard metholodgy - suggesting that there might be some benefit when it comes to supplementation (see here).

The Kerley study had been previously listed on ClinicalTrials.gov (see here). In short, supplementation with "2000 IU [international units] vitamin D3 supplementation or placebo daily for 20 weeks" were the intervention options for some 40 children diagnosed with ASD. The Aberrant Behaviour Checklist (ABC) was the primary outcome but other, more autism-specific measures (e.g. Social Responsiveness Scale) were also included in the scientific mix. Importantly in the context that vitamin D overdose is not unheard of in the context of autism (see here), researchers also probed vitamin D status in study participants.

Results: well, vitamin D supplementation did affect measures of vitamin D status as would be expected: "Following vitamin D3 supplementation, there was a significant increase in 25(OH)D to 83.8 nmol/L (p=0.0016)." When however it came to the behaviour side of things, scores on the primary outcome measure did not show any significant changes. The authors did find that "an improvement in self-care" in the supplemented group based on another scheduled used over the course of the study but that was about it.

Despite the lack of any significant effect, the authors seem to be still up-beat about the need for further study on vitamin D in relation to autism. They note: "Considering the other promising data as well as the relative safety and cheapness of vitamin D supplementation, further trials are warranted."

I would tend to agree that one study does not a scientific conclusion make. I can't say that there was a specific issue with the amount of vitamin D supplemented in the Kerley study compared to that used by Saad and colleagues [2] nor that the study timescale was too short. I might however draw your attention to the schedules used by the different studies and how perhaps the Saad study - using CARS and ATEC as well as the ABC and SRS - was perhaps better suited to detecting specific changes related to presenting autism symptoms than the Kerley study. But that is by no means an excuse for the Kerley results. There may also be other factors to consider [3].

Vitamin D deficiency/insufficiency is seemingly over-represented in relation to autism (see here for example) as it is in quite a few other behavioural/psychiatric labels (see here and see here). I do think this is an area that requires a lot more study; not least when one considers that (a) there may be groups on the autism spectrum who are genetically predisposed to lower vitamin D levels (see here) and (b) there may be potential 'best-responders' and 'non-responders' to this type of intervention (as there seems to be with many different intervention approaches with autism in mind). All this in the context that the label of autism is a great descriptor of symptoms but rather less splendid when it comes to research validity (see here).

So, just before anyone goes and touts vitamin D as 'not relevant to autism', think on...