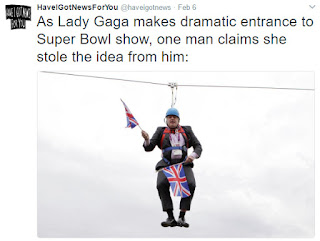 "At 9 months of age, infants developing ASD [autism spectrum disorder] were more likely to fail to orient to their names, persisting through 24 months."

So said the findings reported by Meghan Miller and colleagues [1] investigating an often over-looked but typically informative question relevant to childhood autism screening and assessment: the response to name. Anyone who knows a little about instruments such as the ADOS (Autism Diagnostic Observation Schedule) will already know about the importance of response to name ("a full response is defined as orientating to and making eye contact with the examiner who calls his name") as part of assessment.

Based on the inclusion of some 150 infants, siblings of children with or without a diagnosis of autism, a response to name task was carried out at various intervals in infancy in this prospective study ("6, 9, 12, 15, 18, and 24 months of age"). At 3 years of age, child participants were "classified into 1 of 3 outcome groups: group with ASD (n = 20), high-risk group without ASD (n = 76), or low-risk group without ASD (n = 60)." As per the opening sentence, consistently not responding to their name was a feature of quite a few of those children who subsequently went on to develop autism. Some but not all. Alongside other findings reported in relation to receptive language for example, the authors concluded: "Infants who consistently fail to respond to their names in the second year of life may be at risk not only for ASD but also for greater impairment by age 3 years."

Such work continues a theme from some of the authors on the Miller paper [2] and how relatively simple observations during play interaction [3], could be valuable variables when it comes to ascertaining potential risk of developing autism. Of course one needs to be careful that a lack of response to name does not automatically mean that an autism diagnosis is imminent or indicated as per the typical requirement to check a child's hearing for example and to consider the possibility of other diagnoses being applicable. I might also remind readers of the potential effects of regression when it comes to autism (see here) and how not every child presents with autistic features in early infancy (something that needs to be taken into account when it comes to other recent research too).