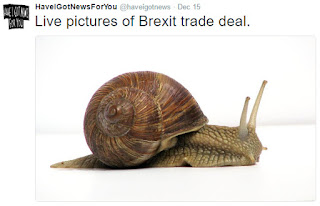 It's been a while since I've talked about Toxoplasma gondii on this blog; the parasite that more than most, has been linked with all-manner of different psychiatric labels (see here for example). Although still the topic of some discussion, I'm swayed towards the possibility that there may be some important *associations* to be seen when it comes to this survivor and human behaviour(s) outside of just making rats attracted to cat urine (see here) to improve reproduction chances.

Indeed, in that context I offer up the findings reported by Flegr & Horáček [1] who presented results pertinent to "earlier reports of the association between toxoplasmosis and OCD [obsessive compulsive disorder]." OK, the first thing to note about this study is that: "Examined subjects provided the information about their toxoplasmosis and OCD statuses themselves, which could result in underrating the strength of observed associations." Most people probably wouldn't falsely admit to being toxoplasmosis positive but I can imagine that a few people might not want to share such sensitive information for various reasons.

Researchers examined data from over 7400 volunteers (participants), asking about their toxoplasmosis status and also whether they had been diagnosed with OCD, a condition characterised by obsessive thoughts and compulsive behaviours, or one or more of a variety of other neuropsychiatric labels. The symptoms of OCD were also characterised on the basis of the use of the Obsessive-Compulsive Inventory-Revised (OCI-R) (self-completed).

They observed the incidence of OCD to be present in approximately 2% of their cohort. They also observed that where toxoplasmosis was reported, these participants were quite a bit more likely to also report being diagnosed with OCD. A similar relationship also held when it came to the presence of a learning (intellectual) disability too. When researchers also took into account those self-report scores on the OCI-R, they noted that in those with toxoplasmosis "even the OCD-free subjects, scored higher on the OCI-R." Ergo, something of a relationship between T. gondii and OCD (diagnosed or symptoms) may exist.

Accepting the methodological failings of the Flegr / Horáček study, their data do indeed seem to tally with other independent study [2] in this area, albeit still quite limited in quality and amount. Such research also potentially ties into other investigations on other behavioural/psychiatric labels where the gondii has been implicated (see here for example) that might overlap with cases of OCD. There are however still questions to answer, not least which came first, psychiatric presentation or infection with the gondii? Could a behavioural or psychiatric diagnosis increase the risk that someone is more likely to become infected by the gondii? I suppose given what OCD encompasses - "fear of contamination by disease, infection or an unpleasant substance" - one could argue that OCD is not exactly a great template for coming into contact with T. gondii and becoming infected. But before I, or anyone else, jumps to conclusions, more investigation(s) are implied on the nature of the relationship and onward any pertinent biological mechanisms...