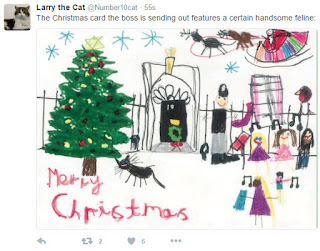 "New form of autism found" went one of the headlines reporting on the paper by Dora C. Tărlungeanu and colleagues [1] and findings that "elucidate a neurological syndrome defined by SLC7A5 mutations and support an essential role for the BCAA [branched-chain amino acids] in human brain function." This work continues a rather important research story talking about how one 'type' of autism might have some important roots in relation to the branched-chain amino acids and their metabolism (see here and see here for more information).

So, mice were the focus on the paper by Tărlungeanu et al (including one Gaia Novarino on the authorship list) and an extension of the idea that the BCAAs may play an important role in some autism in these days of the plural 'autisms' (see here). SLC7A5 represents a gene that codes for a protein involved in the transport of BCAAs into the brain among other things. Researchers studied mice who were genetically 'edited' to present with a "deletion of Slc7a5 from the endothelial cells of the BBB [blood-brain barrier]." In effect, the area of the body where SLC7A5 serves those important transport duties, a hold-my-hand partner was missing resulting in lower brain levels of the BCAAS.

Researchers noted a few important things in those SLC7A5-missing mice; not least in relation to their mouse behaviour(s) and how bearing in mind mice are mice not people, they seemed to present with behavioural issues not a million miles away from that noted in relation to autism. 'Social interaction' was as I understand it, something potentially affected in those SLC7A5-missing mice. Further: "we identified several patients with autistic traits and motor delay carrying deleterious homozygous mutations in the SLC7A5 gene" suggesting that their results might stretch to people too.

This is interesting research. I know that not everyone on the autism spectrum presents with issues with the BCAAs (as far as we know). But in these days of increasing plurality when it comes to autism coupled to the rise and rise of study on the various inborn errors of metabolism in relation to autism (see here), this could be pertinent to at least one type of autism. I also appreciate that 'brain injections' of something like BCAAs are not exactly a desirable option for anyone so there is still some work to do in terms of how to correct any central BCAA deficiency if and when identified. Talk about a possible relationship between the BBB and autism in the Tărlungeanu paper also continues a theme (see here) where this important barrier separating the brain from the other contents of the body (and indeed, the outside world) might represent something potentially quite important to autism (see here) and indeed, with 'transporters' also in mind (see here).

Much more research is implied.