Psychosis (sometimes) as an immune disorder? 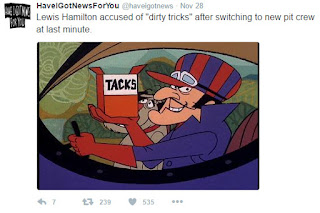 "Some psychosis cases an 'immune disorder'" went the BBC headline with reference to the paper by Belinda Lennox and colleagues [1] talking about the detection of antibodies against the N-methyl-D-aspartate receptor (NMDAR) in cases of first-episode psychosis (FEP).

Although by no means a universal phenomenon, researchers reported that 3% of their 228 participants diagnosed with FEP who provided a blood sample showed the presence of NMDAR antibodies compared with none of the healthy controls (n=105) included for study. As part of the condition known as anti-NMDAR encephalitis, the presence of NMDAR antibodies can indeed include/induce psychotic features [2].

This is interesting work. For anyone that has come across the book 'Brain on Fire' by Susannah Cahalan, there is a growing interest in how the presentation of psychiatric features can, on occasion, include a significant role for the immune system and particularly, the concept of autoimmunity (where the body's own immune system fails to differentiate between 'self' and 'other'). Some of the authors included on the Lennox paper have previously summarised and discussed the idea that NMDAR antibodies might show a connection to some cases of psychosis and conditions manifesting psychosis such as schizophrenia [3]. The current data tally with their previous conclusion that: "A minority of patients with psychosis are anti-NMDA receptor antibody positive" and onwards the idea that there may be many different 'roads' to psychosis in these days of plural conditions (see here).

Where next for this research area I hear you ask? Well, set against the idea that various autoimmune diseases might be over-represented alongside a diagnosis like schizophrenia (see here), one needs to tease out some of the hows-and-whys details. Does, for example, a history of autoimmune disease 'set someone up' for psychosis and/or schizophrenia? Or is the autoimmune element of it something that follows a diagnosis of psychosis and/or schizophrenia? I have some opinions on this based on other findings on how autoimmunity may come about for some (see here for some discussion on HERVs) taking into account other peer-reviewed ideas and data [4]. I don't profess to be right or offer any universal answer but it is interesting that endogenous virus expression does seem to be heightened in a condition like schizophrenia and said elements might be considered important in processes such as molecular mimicry as one mechanism of autoimmunity [5]. There is a research plan to carry out and specifically on the topic of how NMDAR antibodies come about.

The other important 'where next' for this area of investigation is the tantalising prospect that 'treating' said autoimmune reaction might have some important effects on the presentation of something like FEP. There are hints out there in the peer-reviewed literature of possible treatment options being available. I might for example, draw your attention to some overlapping work looking at anti-NMDAR encephalitis ('encephalitis' that is) and cases of autism (see here and see here) where intervention options are discussed. With no medical advice given or intended, methylprednisolone seems to have found therapeutic favour for some. Other, more aggressive treatment options have also been reported but further investigations are required.

I note the words 'immuno-psychiatry' are mentioned in the media reporting of the Lennox findings and I'm happy to see the profile of this area of research being elevated through such work. The idea that immune function(s) might be doing so much more than just identifying and eradicating foreign bodies to maintain our physical health continues to gather pace...