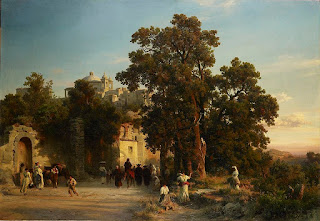 In a previous post on this blog I covered the idea that a diagnosis of bipolar disorder (previously called manic depression) might 'set someone up' for an elevated risk of various other medical illnesses when compared with data from asymptomatic controls (see here).

Today I'm continuing that theme based on the findings reported by Hsu and colleagues [1] and the suggestion that: "BDs [bipolar disorders] were an independent risk factor for PUDs [peptic ulcer diseases]." With a starting point once again centred on the examination of data from the Taiwan National Health Insurance Research Database, perhaps one of the premier population-wide databases producing data at the present time (see here), researchers analysed the medical insurance records of over 21,000 people diagnosed with BDs compared with over 84,000 "frequency-matched patients without BDs" for the presence of PUDs.

They reported that the incidence of PUDs was higher in those with bipolar disorders compared with asymptomatic controls. The hazard ratio came in at 1.51 with 95% confidence intervals 1.43-1.59. The authors also concluded that: "BDs were an independent risk factor for PUDs" when taking into account other potentially interfering comorbidities. As usual, further research is called for surrounding any possible connection(s) and that when a diagnosis of BD is received "practitioners could notice the occurrence of PUD." I might add that this is not the first time that peptic ulcer disease has been linked to bipolar disorder as per research accounts such as the one from Goodwin and colleagues [2].

I'm no expert on peptic ulcer disease so cannot readily offer any explanation as to why it should be more frequently reported when bipolar disorder is present than not. One could speculate that some of the known triggers of PUD might be more readily present in cases of BD as in the link between PUD and stress for example [3] in light of what stress can do to trigger some of the features of BD.

I am also intrigued by the Helicobacter pylori (H. pylori) link to BD in light of what this bacterium does to the stomach lining. Appreciating the very stark way that H. pylori was shown to be connected to PUD and that questions still remain about the exact hows and whys, I do wonder if this gastrointestinal microbiota link might extend much further into the how gut and brain might be connected. With my speculating hat on, I might suggest that concepts such as leaky membranes and inflammation might also figure in some sort of way...

[2] Goodwin RD. et al. Peptic ulcer and mental disorders among adults in the community: the role of nicotine and alcohol use disorders. Psychosom Med. 2009 May;71(4):463-8.