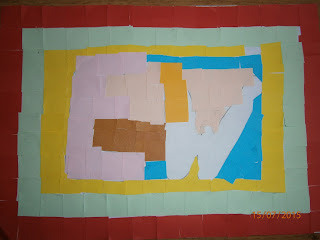 Regular readers might already know that I'm a bit of a fan of the various data coming out of Taiwan based on interrogation of the National Health Insurance Research Database (NHIRD). If it's not the possibility of a connection between asthma and various behavioural outcomes (see here) confirmed by other independent research (see here), it's the idea that something like enterovirus encephalitis in its most severe form might link into something like attention-deficit hyperactivity disorder (ADHD) (see here). Yes siree, Taiwan is leading the way in quite a few research sectors.

We can now add chronic fatigue syndrome (CFS), also called myalgic encephalomyelitis (ME) to the topics covered by NHIRD investigators as the study published by Tse-Yen Yang and colleagues [1] (open-access available here) suggests that there may be more to see when it comes to atopy and CFS.

The paper is open-access so no need for any grand discussions by me on the topic. Looking at nearly 43,000 people diagnosed with "with newly diagnosed atopic syndromes" including atopic dermatitis, asthma and allergic conjunctivitis according to ICD-9-CM diagnostic codes, and comparing them with over 170,000 patients without atopy, researchers reported some interesting trends. Taking into account various confounding conditions: "The overall incidence rate for CFS in the atopy cohort (1.37 per 1000 person-year) was higher than in the nonatopy cohort (0.87 per 1000 person-year)." This enhanced risk for CFS in cases of atopic disease crossed genders. Further: "patients with atopy and renal disease... and chronic hepatitis... exhibited a higher risk of CFS than did patients with renal disease in the nonatopy cohort." In short, there may be much more to see when it comes to atopic disease and risk of CFS.

Obviously, one has to take into account the limitations of this type of study despite the impressive participant numbers. To quote: "the data lacked certain information such as laboratory examination and exposure factor data" as one possible drawback. As I've discussed in other posts, CFS/ME is also complicated by the various ways and means that it is clinically defined (for the purposes of this study the authors used the CDC criteria), so again be careful with that one.

That all being said, there are some impressive strengths to this study and the data do merit further investigations. The idea that immune function and CFS/ME might be related is gaining some significant momentum in recent times (see here). The Yang results contribute to that growing peer-reviewed evidence base. Insofar as the idea that atopic disease might specifically show some connection to CFS, well, the previous research in this area is a bit of a mixed bag by all accounts. The paper by Straus and colleagues [2] reported that atopy exists in about half of people with CFS. Borish et al [3] reported that most of their small participant group with CFS were atopic but were not able to disentangle psychological symptoms as also showing some effect. Other research has not been so supportive of any link.

Yang et al conclude by suggesting that the idea of atopic-associated CFS is a potentially credible concept "but the evidence was insufficient for improving the symptom-based diagnostic criteria of CFS." They do however suggest that "physicians note that patients with amounts of atopic syndromes face a higher risk of CFS, regardless of diagnostic criteria."  We'll see how this eventually pans out...

To close: marvel at Quicksilver and wonder 'what if'...