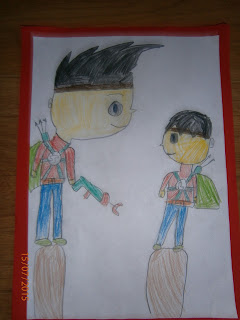 In a previous post on this blog I briefly discussed the research paper from Jesus Castro-Marrero and colleagues [1] suggesting that "oral CoQ10 [Coenzyme Q10] (200 mg/day) plus NADH [nicotinamide adenine dinucleotide (NADH)] (20 mg/day) supplementation" might be something useful for some people diagnosed with Chronic Fatigue Syndrome (CFS).

Enter then a new paper from Castro-Marrero and colleagues [2] (open-access available here) building on the original findings by suggesting that "CoQ10 plus NADH supplementation for 8 weeks is safe and potentially effective in reducing max HR [maximum heart rate] during a cycle ergometer test and also on fatigue in CFS." The max HR by the way, is a measure of cardiovascular function as part of exercise performance. A cycle ergometer test is all about testing parameters such as max HR using a stationary bicycle.

"A proof-of-concept, 8-week, randomized, double-blind, placebo-controlled trial was conducted" whereby either CoQ10 plus NADH was given (n=39) or a placebo (n=34) over the study period. Baseline and end of study max HR was tested alongside self-reported changes to "fatigue, pain and sleep problems" based on scoring using the Fatigue Impact Scale (FIS) among other things.

Based on an intention-to-treat (ITT) analytical strategy, authors reported that: "statistically significant differences were observed in CoQ10 + NADH group during the study, with a reduction in max HR after 8 weeks of treatment compared with baseline max HR." That being said, when comparing max HR from baseline to 8 weeks between the groups (CoQ10+NADH vs placebo), no statistically significant group differences were noted despite a trend towards greater max HR reduction in the experimental group. Insofar as other biological parameters also measured over the course of the study period ("VO2, VCO2, maximal workload, respiratory quotient and arm systolic and diastolic blood pressure") no significant differences were noted between baseline and end of study.

Fatigue scores showed a similar trend in terms of intra- and inter-group comparisons. So, for the CoQ10+NADH group, comparisons between baseline, week 4 and week 8 scores suggested significant reductions in total FIS scores. When it came to comparisons with the placebo group however, no significant differences were reported (indeed, the placebo group also showed a reduction in FIS total scores at least between baseline and week 4). The authors suggest that a lack of study power might have contributed to the lack of significant effects when comparing the experimental and placebo groups.

These are interesting results and from an intra-group perspective (comparing across different testing occasions) suggest that there may be more to see from this preparation on this patient group. Bearing in mind the emphasis on actually looking at physiological parameters such as max HR and as the authors note: "the use of strict inclusion criteria based on 1994 CDC case definition ensures that the participants were appropriately selected and without confounding comorbidities" further research is indicated to further assess such claims and determine specific biological mechanisms pertinent to any effect.