Canada and the autism prevalence rate (yet again) 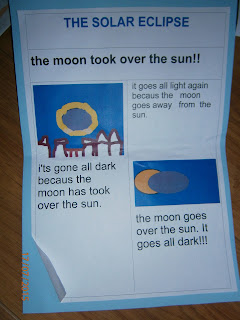 That was the conclusions reached in the study by Lorine Pelly and colleagues [1] looking at "the incidence and 1-year cohort prevalence for autism spectrum disorders in children less than 15 years of age and living in the Avalon Peninsula at the time of diagnosis." The Avalon Peninsula by the way, is located in Canada.

Looking at data derived from the "Janeway Children’s Health and Rehabilitation Centre (St. John’s)" and specifically information pertinent to those with autism (this facility is apparently "the only child development centre in the region and is the only centre giving comprehensive autism spectrum disorder diagnoses to patients in this region") researchers set about looking at the numbers for autism diagnosis in the area. Autism spectrum disorder (ASD) diagnoses were based on DSM-IV criteria, confirmed through "multiple observations" and in most instances, involved data derived from the gold-standard assessment instrument that is ADOS (Autism Diagnostic Observation Schedule). Incidence and prevalence analyses were both undertaken.

So: "Between 2006 and 2010, 272 new cases of autism spectrum disorder were diagnosed within the study population." Most of these cases were male, and, get this, the median age of diagnosis was... 3.84 years. The lion's share of cases were autistic disorder (~47%) followed by autism spectrum disorder (27%) and then Asperger syndrome (20%). Complementing those diagnostic divisions and age at diagnosis was the fact that a module 1 ADOS was used for over 40% of assessments. The calculated incidence for 2006 was 10.1 per 10,000. This increased to 16.7 per 10,000 in 2010. The difference was statistically significant. Prevalence, as I've already said, was 1 in 46 in this cohort with males shouldering the largest risk.

Then, another important point emerges: "Our review found that many patients had at least one of the co-morbidities often associated with autism; the most prevalent were behavioural issues (n = 28), attention-deficit/hyperactivity disorder (n = 27) and anxiety disorder (n = 25)." It all sounds very ESSENCE-like if you ask me.

These are interesting data and add to previous studies looking at the autism numbers game in Canada (see here and see here). In that instance as in this, the numbers were increasing for whatever reason(s) and starting to look similar to the top-end CDC estimates from last year (2014). Pelly et al don't go into the specific hows and whys potentially linked to the increase in cases so I can't comment too much on that angle in their paper. Other recent publications talking about diagnostic substitution as one possible factor [2] in the increasing rate of autism makes a valid point but I dare say that things aren't so simple when it comes to the reasons behind the increase in different parts of the world [4]. Whether also such a increased rate of autism merits the term 'epidemic' is another issue covered recently in another paper [3] although I'm not getting too involved in that debate.

Music: Gossip - Standing In The Way Of Control.