Is the word 'comorbid' accurate when describing emotional and behavioural issues occurring alongside autism? 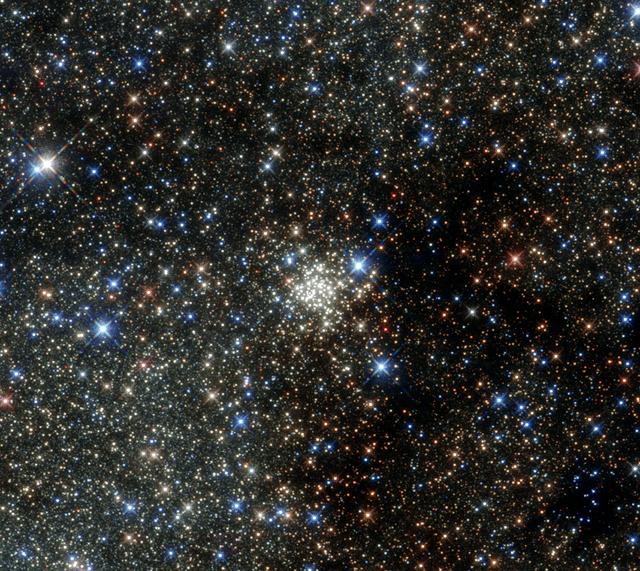 The findings reported by Per Normann Andersen and colleagues [1] observing that: "The amount of autism symptoms and degree of attention problems at baseline significantly predicted EBP [emotional and behavioral problems] at follow-up" potentially taps into a wider discussion in the context of autism.

EBP refers to feeling "anxious/depressed, withdrawn/depressed, somatic complaints, social problems, thought problems, attention problems, rule-breaking behavior, and aggressive behavior." The wider discussion is framed around a question on whether use of the term 'comorbid' - comorbid EBP for example - is accurate when it comes to such 'issues' appearing alongside the core features of autism? Should instead we be thinking and talking about comorbid issues/symptoms such as depression and anxiety as being something rather more central to at least 'some' autism? Y'know, is there a lot more than just the the triad/dyad of core features for some at least?

It's a discussion that has emerged before on this blog (see here and see here) and continues in the peer-reviewed science arena [2]. It has some potentially profound implications for things like autistic identity, the distinction between autism as a developmental condition as opposed to a psychiatric disorder, talk about the 'disabling aspects' of autism (and 'where they potentially come from') and the often polarised topic of intervention specifically 'for autism'...

Andersen et al report results based on analysis of children and adolescent diagnosed with autism - 'high-functioning' autism (HFA) (their term not mine) - where "levels of EBP, autism symptoms, inattention problems, and verbal IQ" were assessed at baseline and 2 years later.  The aim was to see whether symptoms such as autism "can predict EBP 2 years later."

Interestingly, the authors opted for the use of the Autism Spectrum Screening Questionnaire (ASSQ) as one of their study instruments, [partly] devised by a researcher who I have a lot of time for on this blog (see here) and his equally pertinent concept of ESSENCE (Early Symptomatic Syndromes Eliciting Neurodevelopmental Clinical Examinations). This was complemented by "the Schedule for Affective Disorders and Schizophrenia for School Age Children/Present and Lifetime version-2009 (K-SADS-PL)" covering questions on possible "affective disorders, psychotic disorders, anxiety disorders, behavioral disorders (ADHD), substance abuse disorders, eating disorders, tic disorders and ASD [autism spectrum disorder]" and the ADHD rating scale IV among others research tools.

Results: "the level of autism symptoms at baseline were the best predictor of EBP in our group of children with HFA." The authors also observed that "attention problems had an independent impact on EBP" but noted that whilst autism and attention issues correlated at baseline, the role of attentional issues on EBP was "considerably less compared to the level of autism symptoms." Authors also stated that verbal IQ did not seemingly predict EBP, which is perhaps at odds with other independent research on a similar topic (see here). They conclude by suggesting that "interventions aimed at improving ASD symptoms may positively affect the prevalence of EBP in children with HFA."

Of course the Andersen study was not perfect and one has to be careful not to extrapolate too much. As the authors note, their study: "focused on symptoms of autism and attention, and we cannot generalize these findings to those with ASD and clinical diagnoses of ADHD" representing one important limitation. They add that their focus on those with an IQ above 70 and their investigating a very 'male-orientated' sample group also limited the generalisability of their findings to the entire autism spectrum; particularly some of the 'under-studied' people of the autism spectrum (see here). And before you mention it, yes, IQ still needs quite a bit more research work done on it when it comes to autism...

Nevertheless, I believe that these findings do add to an increasingly vocal peer-reviewed research evidence base suggesting that the term 'comorbidity' might not be the most 'useful' description when it comes to chatter about a range of labels/conditions/symptoms that are seemingly over-represented in relation to autism. Indeed, as per more historical mentions - yes, Mildred Creak yet again - set within the context of the plural 'autisms' (see here), many issues described today as 'comorbid' may eventually turn out to be rather more central to [some] autism...

The idea also discussed by Andersen et al about 'intervening' in/on the traditional 'core symptoms' of autism as potentially 'offsetting' some of the effects of those EBP is, no doubt, going to be a bit of a hot potato. We do have a few other examples showing how a reduction/dissipation of core autism symptoms does seem to impact on 'comorbid' signs and symptoms as per some of the discussions on the term 'optimal outcome' (see here). In the example recorded by Gillberg et al [3] observing that "The minority of the AS [Asperger syndrome] group who no longer met criteria for a full diagnosis of an autism spectrum disorder were usually free of current psychiatric comorbidity", we see how there could be quite a bit more to a diagnosis of autism (AS) than has traditionally been recognised. Other research from Andersen and colleagues [4] talking about the same cohort as being discussed today with depression and autism presentation again in mind likewise adds to such 'intervening' sentiments.

I have one final point to make just in case the idea of intervening does not sit well with some: if one assumes that something like depression is in fact, a core part of some autism and could be 'modified' by intervention(s) targeting core autism symptoms, there is a potentially important impact to be made on one of the primary issues affecting the autistic population: risk of suicide. I say that on the basis that depression or related psychiatric disorder (see here) is an all-too-frequent companion when it comes to suicidal behaviour(s) and therefore represents a potentially modifiable variable. Exactly how and where intervention on core autism symptoms is done is another question for another day; also bearing in mind that 'current' core autism symptoms themselves, might be an important risk factors when it comes to suicidal thoughts/behaviours (see here).

Lots more research is indicated, minus hype and minus too much politics...