"A Blood Based Diagnostic Test for Coeliac Disease" (minus dietary gluten?) 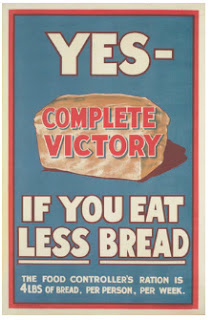 The findings reported by Vikas Sarna and colleagues [1] have the potential to excite. Excite because, as the authors note: "A diagnosis of celiac disease based on serologic and histologic evidence and duodenal histology requires patients to be on gluten-containing diets" but a "growing number of individuals adhering to a gluten-free diet (GFD) without exclusion of celiac disease complicates its detection." A diagnostic test therefore, that could confirm/reject a diagnosis of coeliac disease (CD) without someone having to have gluten in their diet for some weeks, might be a rather exciting prospect.

Having previously posted their study aims and objectives on the ClinicalTrials.gov website (see here), authors tested the idea that "multimerized HLA bound to different gliadin-peptides (tetramer) and with the help of a flow-cytometer identify (along with other relevant T-cell-markers) gluten specific T-cells."

If all that sounds a little 'science-y' the long-and-short of it is the suggestion that the specific gene variants linked to CD - HLA-DQ2 and HLA-DQ8 variants - produce molecules -  HLA-DQ8 and HLA-DQ2 molecules - that bind to 'super-charged' gluten peptides to form a more complex molecule (tetramer) that has some rather important effects on components of the immune system, specifically on CD4+ T cells. Looking for such 'gluten specific T-cells' could be done by adding HLA-DQ-gluten tetramers to blood samples from patients with suspected/diagnosed CD. I think...

"An HLA-DQ-gluten tetramer-based assays that detects gluten-reactive T cells identifies patients with and without celiac disease with a high level of accuracy, regardless of whether the individuals are on a GFD." The sensitivity and specificity figures reported by Sarna are pretty good when authors managed to 'optimise' their results based on the values obtained. Indeed: "The values identified subjects with celiac disease on a gluten-containing diet with 100% sensitivity (95% CI, 1.00-1.00]) and 90% specificity (95% CI, 0.83-0.98) vs controls." Even a couple of the control participants - 'presumed healthy individuals' - were actually found to have unrecognised CD.

More science needs to be done before this potential diagnostic test is rolled out further and potentially across many, many groups. Larger participant numbers and a greater diversity of participants in terms of ethnicity, sex/gender and age need to included for study. I'm also wondering whether those with other autoimmune conditions/diagnoses could also be included in future research plans too, on the basis that birds of an autoimmune feather tend to flock together (see here and see here).

Things do seem to be getting rather interesting when it comes to CD these days. Alongside this rather exciting work, there is also the prospect of preparations that degrade gluten peptides also coming into the mainstream (see here) and how nutrients like vitamin D might also show some potentially important gastrointestinal effects [2] (see here also) pertinent to CD and beyond. No, it's not quite the end of the 'lifelong gluten-free diet' (yet!), but science is seemingly moving just a little bit closer...