To quote from the recent paper by Altaf Alabdali and colleagues [1] (open-access) "This study confirms earlier studies that implicate toxic metal accumulation as a consequence of impaired detoxification in autism and provides insight into the etiological mechanism of autism".

Big words I'm sure you'll agree and certainly something that I was keen to talk about on this blog. The paper itself is open-access but a few pointers might be in order:

So there you have it. Of course there is lots more discussion in the paper probing the hows and whys of the results which readers are invited to peruse at their leisure. There are issues as with any paper: the sample size was relatively small in this particular study and confined to a particular geographical region, so one needs to be a little bit careful of extrapolating results to the wider autism spectrum population at the current time. That also the "measured form of vitamin E, α –tocopherol" for example, was analysed by HPLC solely with UV detection perhaps also opens the study up to some analytical issues given the other, more comprehensive analysis methods out there [2] realising how complex a matrix such biological fluids can be. Still, I'm not going to quibble with the Alabdali results as they stand and the requirement for further research in this area.

I've recently been hearing a lot more about lead (Pb) and things like the suggested correlation between removing lead from petrol being correlated - "correlated" - with the drop in violent crimes we seem to be witnessing these days (see here). Lead also continues to show up quite a bit on the autism research radar, and the growing consistency in findings talking about elevated levels of lead being found in cases of autism (see here) bearing in mind what we already know about lead exposure and childhood brains and development (see here). I might add that I am not in any way linking lead levels in autism and lead levels with crime in mind; the sad truth is that people with autism are far more likely to be the victim of crime rather than perpetrator (see here RIP).

Mercury and autism tends to be more of a contentious topic given the discussions about sources of mercury [3] (and see here for the other side of the coin [4]) despite there being some evidence that the biological burden may be elevated in some people on the autism spectrum [5]. I don't really want to get into the nitty-gritty of where mercury might be sourced from in this story, rather that knowing how toxic the stuff is, steps need to be taken to remove any excess burden. The implication from the Alabdali results are that further investigations might also be required on how the body deals with these pollutants too which may very well form part of a bigger picture... (yes, mitochondria). 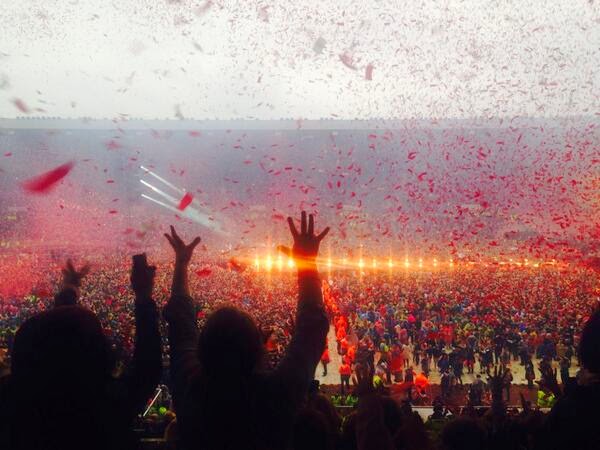 Music to close. Controversy aside, a band called One Direction played the SoL yesterday evening. My brood have been exposing me to ever increasing doses of their music throughout the week and as a result, I think I might be developing some kind of One Direction Stockholm Syndrome.

So, here is You and I... and slowly but surely it's growing on me.

[1] Alabdali A. et al. A key role for an impaired detoxification mechanism in the etiology and severity of autism spectrum disorders. Behavioral and Brain Functions 2014, 10:14

[3] Geier DA. et al. A two-phase study evaluating the relationship between Thimerosal-containing vaccine administration and the risk for an autism spectrum disorder diagnosis in the United States. Transl Neurodegener. 2013 Dec 19;2(1):25.