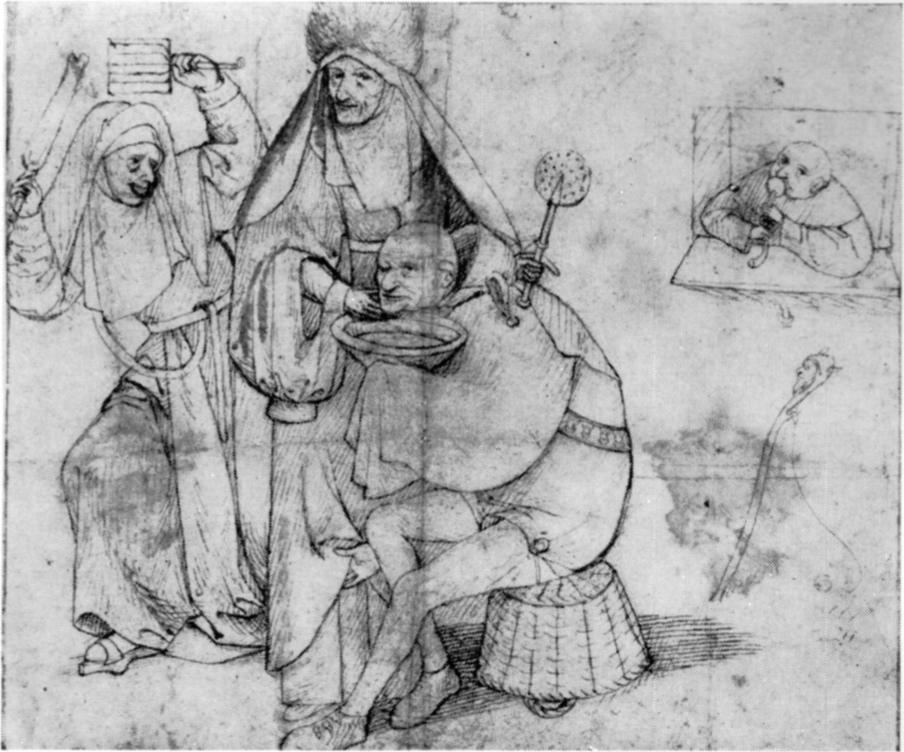 I'm a great believer in balance when it comes to this blog and its content. As enthusiastic as I might be about a particular topic or topics, I don't want to lose sight of the fact that peer-reviewed science is a messy business and often filled with contrary findings.

With 'contrary' in mind, I want to talk today about a paper by Amy Romijn and colleagues [1] detailing the results of a double-blind, randomised, placebo-controlled trial of a probiotic mix which contained "freeze-dried L. helveticus R0052 (strain I-1722 in the French National Collection of Cultures of Microorganisms [CNCM], Institut Pasteur, Paris, France) and B. longum R0175 (CNCM strain I-3470) bacteria at a dosage of three billion colony-forming units (⩾3 × 109 CFU) per 1.5 g sachet" with a sample of participants selected for 'low mood'. Probiotics, just in case you don't know, are those various live bacteria and yeasts that are supposed to confer some health benefit.

The reason for this study? Well, as the authors note, the specific probiotics under study were "previously found to improve emotional behaviour in animals and psychological outcomes and humans" as per other findings [2]. So with [prospective] trial registration (see here) in hand, researchers set out to look at what 8 weeks worth of probiotics might do for 'low mood' and other psychological parameters when pitted against a placebo formulation (that contained only the excipients included in the probiotic formulation). Blood samples were also provided by participants at baseline (before intervention) and at 8 weeks post-intervention "to measure levels of high-sensitivity C-reactive protein (hsCRP), IL-1β, IL-6, TNF-α, vitamin D and BDNF."

Results: "Intent-to-treat analysis (n = 79) showed no significant group differences on any outcome measure." The scores for the groups - probiotic (n=40) & placebo (n=39) - did not seem to differ significantly on any of the measures used during the trial. Indeed, when taking into account individual scores on the primary outcome measures called the Montgomery–Åsberg Depression Rating Scale (MADRS) - something used to measure "the severity of depressive episodes" - the results actually (non-significantly) seemed to favour the placebo in terms of those who "showed a ⩾60% change on the MADRS (responders)."

But all was not completely negative when it came to the trial as a little gem was potentially uncovered: "Among those randomized to the probiotic group, those who had high vitamin D at baseline showed greater improvement in mood and functioning than those who had low vitamin D at baseline." Without trying to make mountains out of molehills, the authors speculate that: "the vitamin D status of the host could have an effect on the relationship between the gut microbiota and the immune system: low vitamin D could limit response to probiotic treatment as any changes to the microbiome composition would not necessarily be translated to the immune system." A rather interesting sentiment given the increasingly vocal link between vitamin D and depression for example in the research literature (see here).

These results do represent a bit of a set-back for the idea of psychobiotics [3] but I'm not ready to poo-poo the whole area just yet. Among the various caveats raised by the study authors (samples size, length of intervention, etc) it is possible that 'low mood' over and above something a little more clinically 'transforming', might not be a suitable target for such intervention (indeed, other research might also be relevant [4]) despite the fact that other research on subclinical psychological symptoms have been seemingly affected by probiotic administration (see here). The specific formulation used might also be a factor as the authors quite correctly suggest that: "It is important that the results of the current study are not generalized to all potential probiotic strains." Baby and bathwater eh?

But these results stand, and given some important names on the authorship list (see here), this is one study that cannot and should not be just swept under the scientific carpet...