Maths problem solving ability and autism: as varied as the label itself 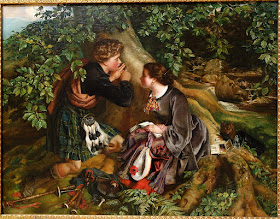 I'm bringing the paper by Tasha Oswald and colleagues [1] to the blogging table today and a reiteration of the important idea that within the vast heterogeneity that surrounds the presentation of autism (or even the autisms) so too there is quite a lot of variability in the presentation of strengths and weaknesses; indeed, not so dissimilar to life in general.

Mathematics problem-solving was the specific area that Oswald et al have zoomed in on, with the aim of assessing: "the relative proportions of youth with ASD who demonstrate giftedness versus disability on applied math problems."

Researchers reported that of the 27 "high-functioning adolescents with ASD [autism spectrum disorder]" (their words not mine), just over a fifth of participants (22%) "evidenced a mathematics learning disability" whilst only 4% presenting with "mathematical giftedness." These results, by the way, were based on "standardized measures of math problem solving, perceptual reasoning, verbal ability, and test anxiety." When it came to predicting which factors might be relevant to maths problem solving ability, the authors reported a sliding scale: "perceptual reasoning, followed by verbal ability and test anxiety, then diagnosis of ASD" taking into account results from age and cognitively matched controls (n=27) also.

Outside of the idea that not everyone diagnosed with an ASD is Rainman (indeed that whilst autism is over-represented in savant skills, this does not mean that autism = savant [2]), there are some interesting lessons to be potentially learned from the quite preliminary Oswald findings. Not least is the suggestion that results "highlight possible targets of intervention for students with ASD struggling with mathematics" based on those proposed predictors of maths ability and where further educational focus might be directed. Indeed, the specific idea that 'test anxiety' might for example be a factor, ties in well with other peer-reviewed evidence hinting at how the effects of different types of anxiety may be far-reaching when it comes to autism (see here).

I might also forward the idea that whilst autism was the focus on the Oswald data, one should perhaps be mindful of how other comorbidity can similarly affect academic attainment. May and colleagues [3] talked about how aspects of attention could very well affect skills such as mathematics performance with autism in mind and specifically how: "attentional switching difficulties are linked with poorer mathematics outcomes in ASD." Without hopefully confusing attentional switching with something like a diagnosis of attention-deficit hyperactivity disorder (ADHD) (although there is overlap), I will bring in the important data hinting that ADHD difficulties may indeed be over-represented when it comes to autism (see here) and what impact this might have on maths abilities in at least some cases of autism. Further, the question of whether 'tackling' said ADHD might have some interesting effects on areas like maths ability with autism in mind, bearing in mind pharmacotherapy might not be the only suggested avenue?

I'm gonna close with reference to the paper by De Marco and colleagues [4] detailing just how impressive the human mind can be...