ADHD primes for psychosis and/or schizophrenia? 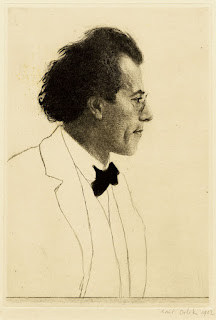 My efforts turn once again to Taiwan today and the results reported by Yu-Chiau Shyu and colleagues [1] that: "Compared to the control group, the ADHD [attention-deficit hyperactivity disorder] group showed significantly increased risk of developing any psychotic disorder... and schizophrenia."

As per the multitude of other instances where Taiwan is mentioned as a research powerhouse, the source data for the Shyu findings was the Taiwan National Health Insurance Research Database and the analysis of data for over 73,000 people "newly diagnosed with ADHD" compared with a similar number of age- and sex-matched non-ADHD controls. "Having a diagnosis of any psychotic disorder and of schizophrenia were set as two different outcomes and were analyzed separately" we are told, as was the possible role (or not) of methylphenidate (MPH) treatment of ADHD on psychosis / schizophrenia outcomes.

In line with the opening paragraph, there was potentially something to see when it came to a previous diagnosis of ADHD priming someone for future psychotic disorder or schizophrenia. The adjusted hazard ratios (aHRs) - "5.20; 95% confidence interval [CI], 4.30-6.30 and 4.65; 95% CI, 3.59-6.04" - for psychotic disorder and schizophrenia respectively are not to be sniffed at. Shyu et al also noted that where MPH use was part of the the ADHD intervention regime, there was a suggestion that MPH use increased the risk of developing psychotic disorder but not schizophrenia. Such a finding is not unheard of in the peer-reviewed literature [2]. The authors also noted that: "Compared to ADHD patients without psychosis, patients with ADHD who developed psychosis had significantly older age at first diagnosis of ADHD (9.4±3.3years vs. 10.6±4.0years)."

This is not the first time that ADHD has been associated with psychosis and/or schizophrenia. The results reported by Dalteg and colleagues [3] are testament to the idea of a possible connection, even if moderated by variables such as substance abuse issues. Indeed, the idea that a diagnosis of ADHD might elevate the risk of substance abuse [4] is an important point given the various voices lending support to the idea that substance abuse might also be a risk factor for psychosis [5]. That being said, I don't want to stigmatise everyone with ADHD on the basis of this connection; there may be quite a few other 'shared pathways' also to consider (see here) and not just of the genetic variety as per nutritional issues for example (see here and see here).

The Shyu results do however reiterate that birds of a developmental / psychiatric feather may very well flock together as per other research findings in related areas (see here). That such a connection can so severely affect quality of life potentially provides further evidence that continued efforts to alleviate childhood psychiatric issues should represent an important goal of modern-day medicine (see here) particularly in respect to the rising numbers being discussed (see here)...