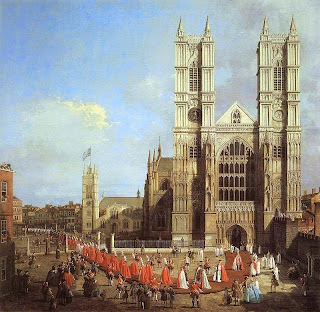 I was rather interested in the findings reported by Kimberly Aldinger and colleagues [1] (open-access here) recently and an intriguing attempt to find out whether "there are predictive patterns of medical conditions that co-occur with ASD [autism spectrum disorder], which could inform medical evaluation and treatment in ASD, as well as potentially identify etiologically meaningful subgroups."

Comorbidity (if I can still call it that) is of great interest to this blog and the idea that autism rarely exists in some sort of diagnostic vacuum. Comorbidity clusters have also been previously mentioned here (see here) following the work of people such as Isaac Kohane and colleagues [2] with the emphasis on medical/somatic comorbidity over psychological/behavioural features or diagnoses.

In their recent paper, Aldinger et al reported results based on "hierarchical clustering and multivariate analyses" based on two well-known autism research datasets, the Autism Genetic Resource Exchange (AGRE) and the Simons Simplex Collection (SSC) forward to the idea of picking out subgroups on the autism spectrum as a function of co-occurring medial comorbidites such as "GID [gastrointestinal disturbances], seizure disorders, allergies, and sleep problems."

After quite a bit of statistical analysis, authors reported a few potentially important results. First and foremost was the finding that: "the prevalence of certain medical conditions was consistent in two genetically distinct ASD family cohorts (multiplex and simplex), specifically allergies, GID and seizures." Quite surprisingly, the prevalence of GID in children with ASD in both datasets hovered around the 42-43% mark (AGRE = 42.4%; SSC = 43.1%). It strikes me that 40% might be a good round estimate for how frequent bowel issues might be accompanying a diagnosis of autism...

Next were the findings that: "the proband data in both AGRE and SSC cohorts revealed predictive relations among GID, seizures and sleep problems, three commonly reported and clinically challenging medical conditions for children with ASD." Further: "clinical diagnosis of GID or sleep disturbances increases the risk for the presence of the other condition, as well as for seizures." This is important data suggesting that there may be clinical interplay between medical comorbidity occurring alongside a diagnosis of autism. That being said, this is not the first time that such connections have been potentially made (see here) assuming that bowel issues might have the ability to provoke pain and discomfort for example.

Finally: "The presence of GID, seizures and sleep problems together predicted more severe adaptive behavioral symptoms relevant to their ASD diagnosis, consistent with studies of children in which a functional GID was the medical focus." The implication here being that the presence of comorbidity may have some important bearing on the manifestation of behavioural signs and symptoms in cases of autism bearing in mind "familial loading for ASD". Again, not exactly a new finding (see here) but important nonetheless.

I'm impressed with this research (bearing in mind it's limitations) and how autism research in general is embracing the idea that medical comorbidity might play an important role for quite a few people diagnosed as being on the autism spectrum. Not only does it offer some additional ways and means that one might potentially 'intervene' but also provides something of a primer / roadmap for what to look for when autism presents in the doctor's lounge.

Even the gut microbiome gets a mention in the Aldinger paper: "Moreover, there is recent recognition that the gut microbiome, in addition to impacting gut physiology by immune or autonomic dysfunction, can affect both brain and behavior." Interesting...