The focus is on autism

This is one of my more 'advertorial' posts I'm afraid, as I bring to your attention two important special supplements on autism published in two high-profile journals.

The first is yet another open-access special edition published in Nature (see link here), which complements their previous special edition from this time last year (2011). I'm impressed it has to be said, that Nature would choose to return to autism two years running, which really does tell you how much scientific and lay interest there is about the condition. 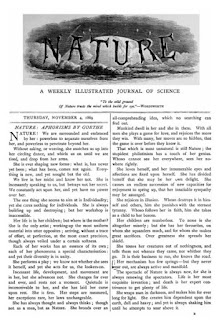 As to content, lots of interesting views and opinions but a few highlights to mention:

The second special edition / supplement graces the journal Pediatrics, and a whole slew of articles on autism (see link here). Regular readers of this blog (hello, anyone there...) will have already been given a heads-up for one of the articles published as part of the Pediatrics supplement by a cracking group of researchers, all discussing gastrointestinal (GI) factors and autism (see here).

Some more interesting tidbits for your, pardon the pun, digestion:

There is plenty of bedtime reading there for everyone and importantly, an ideal vehicle for keeping autism and autism research in the public consciousness. To close, a song that I think everyone would welcome, young and old, either first thing in the morning or last thing at night...

****** Malow BA. et al. A practice pathway for the identification, evaluation, and management of insomnia in children and adolescents With autism spectrum disorders. Pediatrics. 2012; 130: S106-S124.